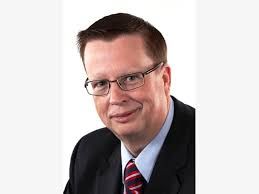 When Peter Elkowitz joined the Long Island Housing Partnership 31 years ago, he knew that the organization had an important mission.  At the time, there was a housing gap in Long Island of 90,000 units.

Today, Peter is Executive Director of LIHP, and works every day to help fill that gap, which is predicted to rise to 158,000 in 15 years.

He recalls an ominous warning from one of his college professors at SUNY Stony Brook, who was also regional planning director for Long Island at the time.

“Say goodbye to all your friends and family. No one is going to stay on Long Island because there will be no housing for them.”

Originally, people flocked to LI because they wanted to own single-family homes, enjoy yards and malls.  In fact, Island Trees, or Levittown as it later became known, is widely recognized as the first modern American suburb. Families started moving into the new homes on Oct. 1, 1947.

As the decades passed, more young people wanted to be in the city and the suburban lifestyle of malls, yards and driving lost its appeal for those who wanted more people, density and transit.

Peter quickly learned that many people were moving off the island—most notably, two major groups--educated young people who had opportunity in less costly markets and seniors who could not afford the taxes and high cost of living and moved south.

“As prices have gone up, today two incomes are needed to support the household,”

Soon employers were also wrestling with the same critical issue—how can we attract and retain talent to fill the critical jobs on Long Island?

So the Long Island Housing Partnership, which is also a community development financial institution (CDFI), along with Fannie Mae, and the LI Association began a formal effort to keep workers on LI, and the Employer Assisted Housing Program (EAH) was born.

Don’t let the name fool you.

“This is not a housing program.  It is an economic development program with benefits of housing going to workers,” says Elkowitz.

•    The employer attracts and retains excellent employees and is able to help them to put down roots in the community.
•    The employee has a job, a supportive employer and is assisted in becoming a homeowner.
•    The housing agency furthers its mission and serves the community by identifying qualified candidates and assists them with subsidies and securing a mortgage.
•    The community is strengthened by attracting new homeowners
•    Developers and/or Realtors are matched with qualified candidates to move into the homes they build or are trying to sell.

LIHP currently has approximately 140 employers involved in the program ranging from 3 employees to thousands. The program works from the smallest business to some of the area’s largest employers. Hundreds of workers have purchased homes through the program including health care workers, engineers, teachers, support personnel and drivers.

James Britz, Executive Vice President and COO of LIHP, has been overseeing EAH for the last couple of years and believes that making the program seamless and simple for the employer is key to its success.

“Each employer has their own customized program, letting LIHP know what resources they are interested in dedicating –how many employees they can sponsor per year and which employees are qualified candidates. After that, we handle all aspects of the program.”

Companies can develop their own criteria, such as recruiting for hard-to-fill positions or being used in place of a bonus.  Accounting firms may use it to get their young accountants to stay with them after passing the CPA exam.

Employers quickly realized this program could be an effective recruitment and retention tool and many are now touting EAH on their websites as a selling point in attracting workers.

The New York State Senate Delegation provided $25 million for the program in 2008 and the program uses two subsidies--- Federal HOME subsidy and NYS Affordable Housing Corporation funding at the state level.  The program currently uses these two funding sources after the $25 million was committed.

One of the most critical aspects of the program is the housing counseling which takes place at the workplaces and at LIHP.  LIHP and housing partners do “Lunch & Learns” at the companies, which record them so they can share with employees working alternative shifts.

Peter notes that it has taken some time for the program to be such a success.

“This is not a simple program to administer,” he explains.  It was complex to establish, promote and administer because it is customized for the employer.”
In addition, LIHP works very closely with business groups, local chambers of commerce and economic development agencies of local municipalities to continue to market and expand the program.

Employers survey their people to see what kinds of training and services they want. The homeownership training assists not only those that end up buying homes and those who need to make improvements to their homes, but also renters and those facing foreclosure.

“The information is very valuable and can really help employees and their families get on track financially.”

“All of LIHP’s programs require future homebuyer(s) to have First Time Homebuyer Counseling. The NYMC allows LIHP and other not-for- profit counseling organizations the ability to provide such counseling through its financial support and training. The success of these affordable homeownership programs is a well-educated homebuyer. We thank the NYMC for the great Partnership over the last 26 years and look forward to working together in the future to meet the housing need.”

So how much assistance is available?  Depending on the qualifications, employees can get up to $55,000 in down payment and closing cost assistance from the program. James explains:

In some cases, the aid can go even higher.

The result is gratifying and clearly having an impact as Employer Assisted Housing has been a real morale booster at LI companies.  Elkowitz has seen this first-hand.

“I was at the hospital and a nurse said she was getting married. Instead of going on a honeymoon, she and her husband were buying a house through this program that was offered by her employer.”